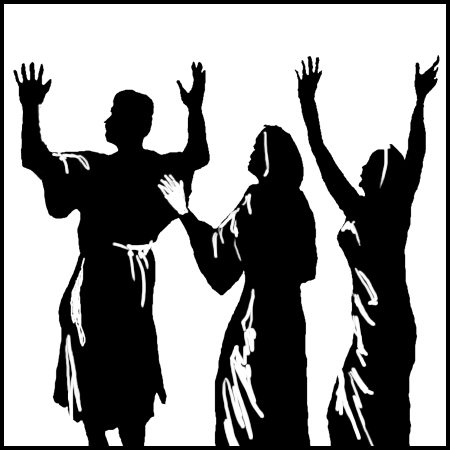 The parable of the two sons requested by their father to work in his vineyard in today’s gospel dramatizes the classic difference between promise and performance. The elder son refused to work in his father’s vineyard, but changed his mind later. He was a type of person who had a conscience regretted. After a short time of consideration, his conscience told him he needed to change and reform.

The other son promised, but failed to act. He was a type of person who was ready to say yes, to agree with his father, to make his father happy, but only with his word, without action. Jesus told this parable to warn the chief priests and elders of the people. They were the chosen people of God. Throughout the Old Testament, the prophets told them about the coming of the Messiah. They pledged to look for his coming. Yet when John the Baptist came, preaching a baptism of repentance, they did not repent. They also refused to believe in Jesus and accept him. On the contrary, tax collectors and sinners were ready to listen and accept the word of God in his Son Jesus. Therefore, Jesus said to them: Those tax collectors and prostitutes are entering the kingdom of God before you (Mt 21:31).

God has given us free will and he respects our freedom to choose. If we did not have freedom to choose, there would be no reward and punishment. In other words, if there were no free choice and decision, then reward and punishment would make no sense. Therefore, man's freedom to choose involves blessings and curses. That is the meaning of today's reading from the Book of Ezekiel: If someone turns away from the wickedness he has committed, does what is right and just, he shall preserve his life (Ez 18:27). If there were no freedom to choose, then the son, who did not go out to work in the vineyard, did not have to be responsible. Perhaps today each one of us needs to examine our word and action to see if our word matches our action, and if our word and action go together.

When we pray, we may say to God we would love God and neighbor. Yet, we do not put our word of love into action. We can say yes to God and neighbors with many nice words. However, it is only lip service, if we do not take any action. We can go to a retreat, hear a good sermon, and read the word of God in the bible, telling us to follow the way of God and we ourselves want to live according to his way. Yet, we do not put into practice. We do not draw any practical, realistic plan of action. Suppose a child always said, he would love his parents but never did what his parents asked him to do. Every time his parents asked him to do something, he would either refuse or ignore his parents, then we would question his sincerity or there would be something wrong with his memory. Jesus sees it the same way.

He told his disciples: You will live in my love, if you keep my commandments (Jn 15:10). In another context he said to us: None of those who cry out 'lord, lord', will enter the kingdom of God, but only the one who does the will of my my Father in heaven (Mt 7:21). Even though he is God, Jesus humbled himself to obey the Father’s will, took the human nature, suffered  and died on the cross to save humankind (Phil 2:6-8).

If we are asked what type of persons: the first son or the second, or what category we are, we have to say each one of us carries a number of cells and some amount of blood of both sons. In other words, each one of us has a mixture of both personalities in us. Therefore, if we have rejected God’s grace, or rejected his invitation to do something for the suffering and the unfortunate, we ask God for a spirit of regret. If we have promised God something like the second son did, and have not fulfilled it, we also ask God for his forgiveness. How many times have we promised God if God would free us from some dangerous situations, we would do something for Him? It is our duty to do something either for God, for our parents and others, who have done big favors to us.

A prayer for doing the will of God by deed:

O Lord, our God! You are God of faithfulness.

You are always faithful

to your covenant with humankind.

Forgive me for the times I broke my promise.

And the times I rejected your grace

and your invitation to do something for you.

Grant me a conscience open to regret

and a perseverant faith so that I may fulfill your will.  Amen.