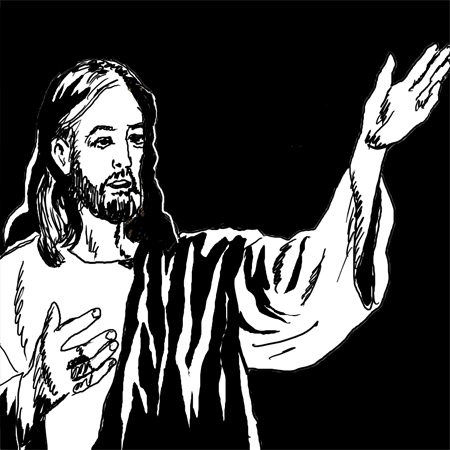 4 Sunday of the Year A

In the old times, God spoke to his people through his prophets and forefathers. The prophet Zephaniah told us about God’s way: Seek the Lord, all you humble of the earth, who have observed his law; seek justice, seek humility; perhaps you may be sheltered on the day of the Lord’s anger (Zep 2:3). Eventually God sent his only begotten Son to turn our human values upside down by teaching us the way of the Beatitudes. Looking at the human viewpoint, the teachings of Jesus in the Beatitudes would make us puzzled and uncomfortable.

Saint Paul also recognized the way of the Lord in his letter to the Corinthians: He chose the world’s lowborn and despised, those who count for nothing, to reduce to nothing those who were something (1Cor 1:28). If those who live the Beatitudes are considered to be foolish and losing, then in the eyes of God, they are considered wise and gaining (Mt 5:1-12a). In the eyes of man, money is synonymous with power and fame because it is a way of getting things done. In God’s eyes, wisdom means to live the spirit of poverty (v.3).

Here we need to pay attention to poverty in spirit rather than poverty in fact. So to be rich or poor in the evangelical spirit depends on our attitude towards material goods. Accordingly, the materially poor might be considered spiritually rich in thought and wish, if they always dream to make money dishonestly. On the contrary, if the materially rich have not acquired their wealth dishonestly, do not put their hearts into material possessions, and are willing to help those in need, then in the eyes of God, he would not abandon them. In the eyes of man, those who mourn are unhappy. To compensate for it, Jesus promises those who mourn for their sins committed, will be consoled (v. 4).

We can imagine those who are being hated, slandered and persecuted for their faith in God in different parts of the world at the present time, would be consoled so much when they hear the message of the Beatitudes. If we put ourselves in the situation of those who are being persecuted for their faith, how much comfort the Beatitudes could bring to us. There are some people who might question: Is it not enough for us to keep God's commandments? Why should we need to live the Beatitudes? The answer is the Ten Commandments are the minimum requirements which a good Christian must do this and not do that in order to fulfill his/her duty towards God and neighbor. However, to be a true disciple of Christ, we must go beyond the minimum requirements of the law in order to live the Beatitudes so that we may become perfect as Jesus wants us to be.

On the World Youth Day in Toronto, Canada of 2002, Pope John Paul II challenged the youth of the world to live and proclaim the Beatitudes to the world. That is the way that leads to true happiness; the Pope repeated what Jesus had said. And it was not easy to attain happiness, according the Pope. Even though it is hard to attain it, the youth welcomed and accepted the message of the Beatitudes wholeheartedly. Watching them on television, we could see their enthusiastic expressions in their face, their eyes, their mouth, their hands and their whole body.

Throughout the history of the Church, there have been those including non-Christians trying to live the way of the Beatitudes with expectation that their spiritual life would be uplifted. To live the Beatitudes, we will be sinking down for a certain period of time in order to be raised up. That is a law which has been called ‘the law of reversed effort’, which God has planted in our human system.

Prayer for knowing how to live the Beatitudes:

Lord Jesus, the almighty, you exist from the beginning:

You came to put our human values upside down.

Your way is contrary to our human way.

What the world considers unhappy, losing and foolish,

you consider wise and blessed.

as to allow your power to transform my life. Amen.