3 Sun / Ord. A: Asking to have a spirit of repentance for sin including the sin of division 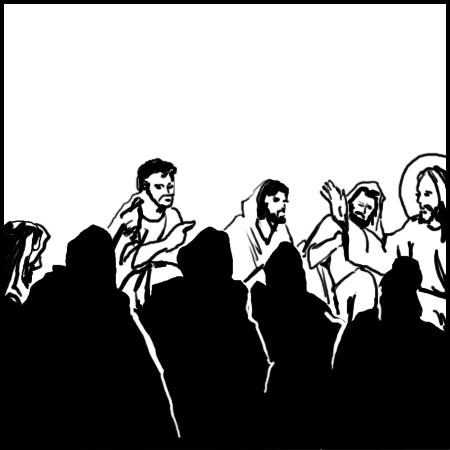 3 Sunday of the Year A

God's words in the Old Testament and the New are closely related. It can be said what was prophesied in the Old Testament is fulfilled in the New. Isaiah the Prophet in the Old Testament foresees: The people who walked in darkness have seen a great light; upon those who dwelt in the land of gloom, a light has shone (Is 9:1). Saint Matthew in his gospel realizes Jesus has come to fulfill the word of Isaiah: The people who sit in darkness have seen a great light (Mt 4:16). Jesus has come to bring his light to dispel the darkness: the darkness of error and sin, including the sin of division in the Church.

However, Saint Paul in his letter to the Corinthians realizes that, the Corinthian have dimmed the light of Christ, the light of his gospel by rivalries and factions. His letter to the Corinthians tells us they have been divided into factions: I belong to Paul, I belong to Apollo, I belong to Cephas, or I belong to Christ (1Cor1:12). Then Paul asked them: Is Christ divided? (1Cor1:13). The disputes among the Corinthian Church were not related to doctrinal or moral issues. They were only differences in character and preference.  When Paul felt it was time to set the matters straight, he told them: Were you baptized in the name of Paul (1Cor 1:13). Saint Paul meant they were baptized in the name of Christ only.

On the road to Damascus to ask for credentials to persecute Christians, a light from the sky shone around him, making him dizzy, he fell on the ground, hearing a voice, saying: Saul, Saul, why do you persecute me (Act 9:4). In fact, Paul persecuted Christians only. Later on, with much study, meditation, prayer and inspiration from the Spirit, he understood the Christians are members of the mystical body of Christ. So explaining from this theological notion, he understood to persecute the Christians is to persecute Christ himself. At the last supper, Jesus prayed for the Apostles and for those who listen to their preaching that they may be united in one church, which he founded on the rock of Peter. He did more than pray for unity. He died for it so that humankind may be united.

In order to walk in the light – the light of truth – Jesus tells us to repent (Mt 4:17) and to eliminate the darkness of error and sin. Repentance in the biblical sense means to turn away from the sinful way of life. There are certain kinds of sin we commit. The reason we commit those kinds of sin are that we have problems. To tackle those problems, we need to bring the problems to light. First, we need to confess that we have a problem, or to say bluntly, we have a problem of sickness, usually psychological sickness. Not to admit a problem as a problem, not to admit a disease as a disease, it cannot be healed.

To admit a problem is halfway healing. When we admit that we have a problem, we will seek help by doing some research about the problem, or by talking to professional people to find out reasons why we have this problem or that problem of sinning and then we pray for healing.

To face the problem, we need to go through three stages. (1). First is to find out the cause and root of the problem. The reasons can be loneliness, or curiosity or passion, or jealousy or low self-esteem, or unfulfilled wishes, or inferiority complex in certain aspect of life, or lack of self-satisfaction, or lack of satisfaction for what one has. Therefore, one commits sin with expectation for wishes to be fulfilled. Then one comes to realize that to seek satisfaction this way, one cannot be satisfied for good. (2). Secondly to find way to develop one’s talents and good points so that one can have something to be proud of, or to have a standing in the group or in the community or in society, so that one can be satisfied with self in a certain aspect of life. One can also volunteer to do certain charitable and social works as to bring about spiritual and mental satisfaction to one’s life. (3). Feeling difficult to develop certain talents or good points as to attain certain kinds of satisfaction, one has to learn to accept: self-acceptance and acceptance of circumstance, and learn to surrender one’s will to God’s will. Since then one should learn to establish a personal and close relationship with God as to have a personal experience of God’s love for oneself.

Prayer asking for the gift of repentance for sin:

Lord Jesus, the only Son of God!

You came down from heaven to unite earth to heaven.

You instituted the Church on the foundation of the apostles

and put Peter the leader.

May Christian denominations be united

in one mystical body of whom you are the head

as to bear witness to the Gospel.

Shine your light into my heart and my life

so that I may find out what is true and what is false. Amen