28 Sun. / Ord. A; Accepting the invitation to attend the wedding 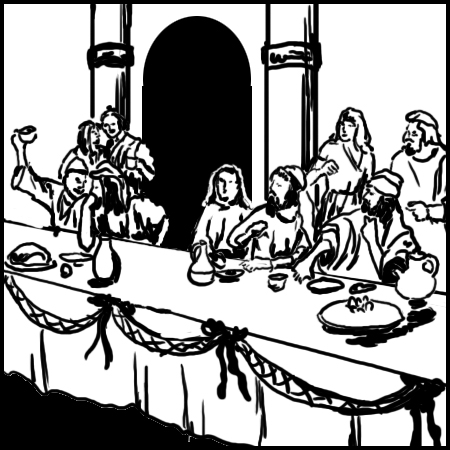 The parable of the wedding banquet records different responses to the invitation. To invite somebody to the wedding is to expect him/her to attend the banquet. However, the guests invited to the wedding feast in today’s gospel, first declined the invitation. The second time, the king sent his servants to implore them to come to the banquet, saying to them: Behold, I have prepared my banquet, my calves and fattened cattle are killed, and everything is ready; come to the feast (Mt 22:4).

The wedding feast relates to another heavenly feast, which Isaiah envisioned: On this mountain the Lord of hosts will provide for all peoples, a feast of rich food and choice wines (Is 25:6). However, the invited guests still refused to attend. They used many excuses for their absence. Worse off, they abused, beaten or killed the king’s servants. When the invited guests declined the invitation, the king threw the party open to everyone to attend. However, when the king went in to see the guests, he caught sight of one, not properly dressed and ordered him to be cast into the darkness outside.

We might think that the king was unreasonable and unrealistic. Did the king demand too much here? How could he expect a guest, who was just invited from the streets to dress properly for the wedding? However, according to the Jewish custom at that time, sometimes the groom family provided fabrics to the guests so that they could make their own wedding garments. The host family also provided wedding garments, hanging at the entrance for the guests to wear

If we do not know about this tradition, we might think the king was unreasonable, demanding too much. However, according to most biblical scholars, then perhaps this piece of story about the guest who did not wear his wedding garment was the conclusion of another story, incorporated by Saint Matthew into the parable of the wedding banquet.

As in the parable of the tenants, the vineyard will be given to other tenants, and then in the parable of the wedding feast, other guests in the street such as gentiles and sinners will be invited to the wedding feast. The wedding dress understood in a figurative sense means the invited guests have to wear a proper dress for the occasion. The invited guests must show some sign that they accept the invitation seriously.

The wedding feast was given priority to the chosen people in the Old Testament. However, they did not respond to God’s invitation through his prophets. John the Baptist, the last Old Testament prophet came calling the people to repentance to prepare the way for the Messiah. However, many of them were indifferent, not responding. When the Messiah came, they rejected Him. When they rejected him, the invitation was sent to all kinds of people. The invitation to attend the heavenly banquet has been sent to millions and millions of people, including us, since the foundation of the Church in different circumstances and times. Today we must ask ourselves this question. How have we been responding to God’s invitation?

A prayer asking to partake in the heavenly banquet:

O Lord our God, we thank you

for paying attention to our gentile ancestors.

Through the sacrament of Baptism, you invited

our ancestors to partake in the heavenly banquet of your Son.

As a result, I inherited my ancestors’ blessings.

Grant that I may be faithful to my baptismal faith

as to partake in the heavenly banquet. Amen.