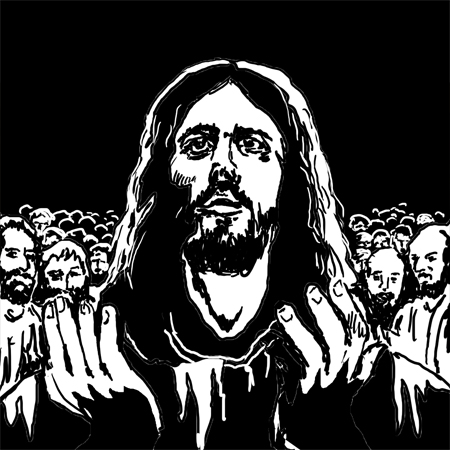 If this life is a purpose and an end of our life, then many things happen in this life are unfair and unjust when the wicked are rich and healthy; the good are poor, sick and imprisoned. If there is no after-life, then one must enjoy oneself to the utmost; one must eat good food, wear best clothes, and seek pleasure to full satisfaction.

People of other major religions such as Buddhism, Hinduism and Islam do believe in some form of life in the after-life. For us, Christians a transition from this life to the next life is called the resurrection. The Sadducees based on the book of Deuteronomy did not believe in a resurrection, because the book does not teach so.

Today there was a good opportunity for them to raise this question of the resurrection with Jesus and they did it cleverly, yet deceptively. They based on the Levirate marriage in the book of Deuteronomy (Dt 25:5-6) to fabricate a story as follows. A woman had seven husbands who were seven brothers. The woman married the first brother, but he died without offspring. She then married the second brother, but he also died childless. The same thing happened the same way to the seventh brother. It means each husband died childless. At the end, the wife also died.  Therefore, if there is a resurrection, the Sadducees asked who would be her husband in the after-life.

The Pharisees could not answer this question because according to them, in the after-life, people would marry as usual. Actually, the Sadducees did not care who would be her husband in the after-life. The law of marriage was a trap they used in order to trip up Jesus concerning the after-life.

Why did they have to fabricate a story of seven brothers who married the same woman and died childless? In this case, only two brothers should have been sufficient to serve their point of argument.  Probably, they referred to the seven brothers in the book of Maccabees who died for their belief in God with hope for the resurrection. (2Mc 7:9).

To this point, Jesus explained to the Sadducees that according God’s providential plan, life after death would be different from life of the earthly life. In the after-life, a person-to-person relationship is no longer necessary (Lk 20:34). The intimate married relationship in this life is also not necessary for the next life. The purpose of marriage is the mutual love and companionship of the couple and the begetting and educating of children for the propagation of the human race has been fulfilled in this life.  In the after-life in heaven, one enjoys God’s presence in heaven fully and directly (v. 36). Therefore, the married relationship is no longer necessary.

In order to make the Sadducees convince about the resurrection, Jesus quoted a passage from the book of Exodus about Moses who proclaimed: The God of Abraham, the God of Isaac and the God of Jacob (Ex 3:6; Lk 20:37); and he is not God of the dead, but of the living, for to him, all are alive (Lk 3:38). If Moses called God as God of Abraham, God of Isaac and God of Jacob, then these three ancestors had risen. The Sadducees knew much about scripture and they were willing to accept Jesus’ interpretation about the resurrection as Saint Luke recorded: They did not dare ask him anything else (Lk 20:40).

If there is no resurrection, then to request a mass intention offered for a soul in purgatory is a waste of time.  According to the Doctrine of the Communion of Saints of the Councils of Nicea II, Firenze and Tridentine, which Vatican II called  ‘living communion’, we the faithful on earth can pray for the souls in purgatory.

In this month of November, we remember the souls in purgatory in a special way. We are reminded to pray for our deceased ancestors, parents and relatives.  If anyone asks: how long we should pray for our beloved dead?  The answer is as long as we still live in this world.  If our beloved dead have attained the resurrection, our prayers for his/her intention will benefit other faithful departed. That means, according to the Doctrine of the Communion of Saints, God will transfer the spiritual benefit of our prayers and good works and sacrifices to other souls in purgatory.

You are the glory of the saints and the hope of the Christians.

Grant that those who believe in you and keep your commandments

Teach us to seek lasting things for treasure in heaven.

Be our heritage in this life and the life to come. Amen.