Holy Trinity, A: With love, Jesus revealed the Blessed Trinity 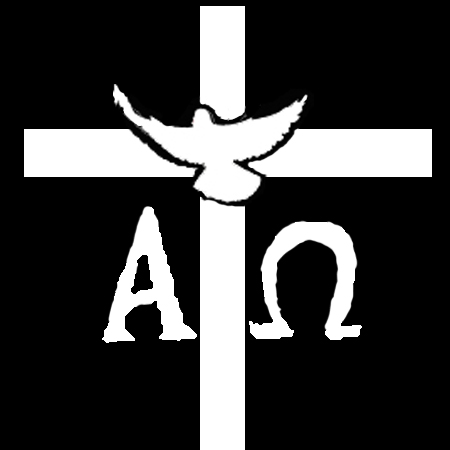 The Most Holy Trinity, Year A

Holy Scripture of the Old Testament did not have anything to say explicitly about the triune God. Therefore, the Jews in the Old Testament did not know if there would be three persons in one God. They believed in one God and only one. So to speak, of three persons in one God, it might have weakened their belief in one only true God and they might have been confused with pantheism. It was only when Jesus came down from heaven that the mystery of the Holy Trinity was revealed to humankind. In today’s Gospel, Jesus revealed to us God the Father saying: God so loved the world that he gave his only Son, so that everyone who believes in him might not perish, but might have eternal life (Jn 3:16).

In different parts of the four gospels of Mathew, Mark, Luke and John, God the Father was also revealed to the apostles through his instructions. Before the Ascension, Jesus asked the Father to send his Holy Spirit to sanctify, console and strengthen the apostles: I will ask the Father and he will give you another Paraclete to be with you always (Jn 14:16). Receiving the mission from Jesus, the apostles went to preach the gospel to all the nations, baptize them in name of the Holy Trinity: of the Father, and of the Son and of the Holy Spirit (Mt 28:19). In his letter to the Corinthians, Saint Paul sent his greeting in the name of the holy Trinity: The grace of the Lord Jesus Christ, and the love of God, and the fellowship of the Holy Spirit be with you all (2Cr 13:13). The Church uses the same scripture greeting when the priest celebrant greets the congregation at mass. Thus, the Corinthian community was already familiar with the doctrine of one God in three persons because they were baptized in the name of the Trinity. Since the early Church, the apostles did not preach three gods, but three persons in one God, united mysteriously in one nature. The early Christians accepted the mystery of faith willingly.

God’s nature is three persons, the richest and deepest mystery of the Christian faith. That is the climax of our Christian faith. Three persons in one God is a family. Saint John, the beloved disciple of Jesus (Jn 13:23; 21:7), experiencing Jesus’ love for him, defines God very briefly and yet full of meaning: God is love (1Ga 4:8). The result of God’s love was the only Son of God (Jn 3:16), born from all eternity (Jn 1:1), and born in time to redeem humankind (1:14).

Between the Father and the Son is the love uniting the two that is the Holy Spirit, not born, but preceded from God the Father and the Son as the Christians proclaim in the profession of faith in the Nicene Creed. Why did Jesus reveal to us the nature of God? The revelation by Jesus to us about his nature does not change anything in God's nature, especially when we do not understand. There is a Vietnamese saying: Better to talk to your knees than to talk to someone who does not understand. However, Jesus still talks to us through the apostles about the mystery of the Trinity even though we do not understand.

That is a wonderful favor, which God reserved for us. God does not lock himself in self-love. His love is a sharing and transforming love. God shares his love by creating man in his image, by sending his Son to redeem humankind and by sending the Holy Spirit to strengthen, sanctify and console the Christians. Thus, God is no longer distant and separated from us. He has entered into our human life and become intimate and closer to us.

A prayer asking to remain in the love of the Trinitarian God:

We thank you for having revealed to us

the nature of your being and entered our lives

in order to enrich our spiritual lives.

May we become aware of your Trinitarian presence

when we make the sign of the cross asking for help

in our prayer and work and rest.

Grant that we may remain

in your Trinitarian love. Amen.