SS Peter and Paul, A: In honor of two great saints 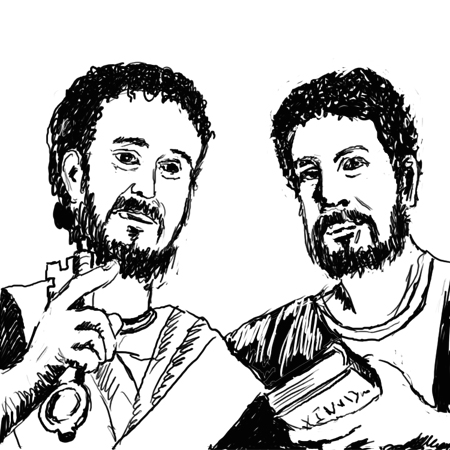 Solemnity of SS Peter and Paul: A, B, C

Introduction: This is a homily/Scripture reflection in a book, titled: ‘Every Week God Speaks We Respond’ Cycle C, intended to be published in the future by Reverend John Tran Binh Trong.

Peter was the leader in faith, a gathering figure for the apostles and a symbol of unity in the Church. From a fanatic persecutor of Christians, Paul was converted to be an apostle, making people amaze as he himself related his story and his works before (Acts 22:3-16) and after his conversion. He was the enthusiastic missionary in the early Church.

With less academic education and a hot temper, Peter denied Jesus three times. In order to prepare him for the roles of leadership and governance, Jesus asked Peter three times whether he would love him more than other apostles do. At that moment, Peter dared not boast of himself that he would love him more than others, but only expressed his love for Jesus.

When Jesus asked him a third time whether he would love him (Jn 21:15-19), Peter felt hurt, probably thinking of his three-fold denial of Jesus (Jn 13:38; Jn 18:17, 27). Peter must have had experience, now not being assured of himself, but only professing his love as if to compensate for his denial of Jesus three times. This time, Jesus entrusted Peter to feed his lambs (Jn 21:15) and his sheep (v. 16, 17), meaning to tend the entire Church which he would institute. When Jesus predicted that Peter would deny him, Jesus also predicted Peter would be converted. That is why Jesus told him after his conversion, he would have to strengthen his brothers’ faith (Lk 22:32). Jesus’ words in those two occasions implied the role of leadership of Peter.

Not to be concerned about what others said about him, Jesus asked Peter what the apostles said about him, Peter professed: You are the Messiah, the Son of the living God (Mt 6:16). It is the moment Peter recognized the identity of his master, that Jesus made Peter the rock of the Church. Peter’s profession of faith in this case showed he was the natural leader of the apostles. Therefore, Jesus’ choice of Peter to be head of the Church was a natural choice, fairly and reasonably.

Despite Paul’s persecution of the early Christians, Jesus chose him into the rank of the apostles. Through Paul, Jesus and his message were brought to the gentiles and thus, Paul became the apostle of the gentiles and was considered a symbol of the universal Church.

Both Saint Peter and Saint Paul reminded us of looking ahead, looking beyond the gloomy past. After his repentance, Peter could see beyond his denial of Jesus three times. Paul could see beyond his persecution of the early Christians, admitting his wrongdoing in the past. Both did corporate with the grace and power of God. Both suffered misery and difficulties because of Jesus. Today’s Acts of the Apostles recorded Peter was imprisoned (Acts 12:4-6) and how the angel of the Lord rescued him miraculously (c. 7-11). Saint Paul’s letter to Timothy tells us from the prison, God’s power did help him to go through (2Tm 4:17-18). Like Saint Peter and Saint Paul, the starting point of our faith life must begin with the realization that we are human beings with flesh and blood, that is, we are weak and fragile. However, it is in the realization that we are weak and fragile and God’s power can possess us.

That is the starting point for our developing and mature faith life. After his denial of Jesus three times, Peter dared not pride himself as before, not sure if he would not falter any longer (Mt 26:33). This time, Peter sincerely admitted Jesus knew everything. As for Paul, after he fell to the ground, he surrendered the one who asked why he had persecuted the Christians. This time, Paul could ask earnestly: What is it I must do, sir? (Acts 22:10).

Today we celebrate the providential plan of God, who transformed two men into his instruments. In fact, God can transform the weakness and imperfection of anyone so that he or she can fulfill his work. God’s way is truly wise and intelligent in calling Paul to be his apostle of the gentiles so that today the Church could become the universal church. We also thank God for having appointed Peter to be leader that the Church could maintain its unity, except when people separate themselves from the Church. History has proved this that when people chose not to remain united with the Church which Christ himself instituted; they continued to be divided into different factions.

For practical application, when we plan to go on vacation, we might want to go to the Vatican, the capital of the Church in order to be strengthened in the faith in the Church. Standing at Saint Peter’s square, with two giant colonnades, we would have a feeling as if the Church is extending her arms to embrace her children coming from all over the world.

A prayer for the unity of the Church:

Oh God, we thank you for having sent your Son Jesus

to establish the Church on the foundation of the apostles

and the rock of Saint Peter.

Give the Church more apostles of the gentiles,

enthusiastic and fervent as Paul.

Grant wisdom and courage to successors of Peter

to guide the Church,

floating on the sea of life to the peaceful port. Amen.