25 Sun. / Ord. A: Being satisfied with what one receives 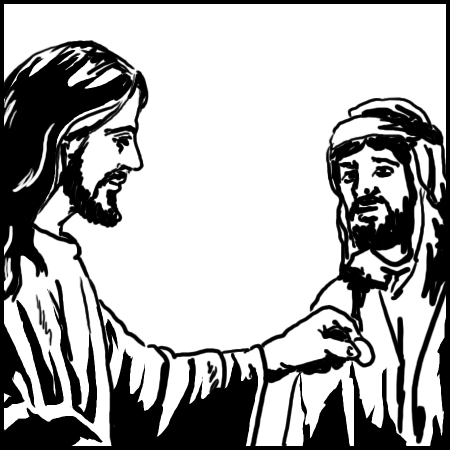 The size of the world in which we live depends on our vision. We can make the world bigger or smaller in our mind. When we reduce the size of the world in our mind, we choose to live in a small world. The more we choose to be narrow-minded in our vision of the world, the less happy we are. That is the explanation for the grumble of the laborers who worked the whole day in the vineyard. They had agreed on the wage with the landowner (Mt 20:22), but then they reproached him for paying the same amount to the latest comers.

Seen from a few points of view, today’s parable is similar to the parable of the forgiving father who treated his prodigal son with kindness. When the prodigal son returned, his father threw a big party to celebrate his return. That made the elder son jealous and angry.

That is also a typical reaction of human beings. Biblical scholars see those who were called first as representing the first chosen people who were to prepare the way for the coming of the Messiah. When the Messiah came, they rejected Him. As for the gentiles, who were called later, they accepted the call and were to be first (Mt 20:16a).

The Parable also implies that anyone who responds to God’s call and lives according to his way will be treated kindly. That was the case of the tax collectors and prostitutes who were promised to enter the kingdom of God before the chief priests and elders of the people (Mt 21:31). The tax collectors and prostitutes whom Jesus talked about were also the Jews, but were converted and followed his will. The lesson we can derive from the Gospel today is God's call to the faith comes to different people at different times.

In paying the latest comers the same amount, the owner did no injustice to the earliest workers, because they had agreed on their payment and it was a fair and standard payment. The payment to the latest comers the same amount is from the owner's generosity. In other words, the owner applied the law of justice to the earliest workers, and he applied the law of charity to the latest ones. In the context of today's Gospel, those who stood idle in the market place were not lazy, not just hanging around, but nobody hired them (Mt 20:7).

To look for jobs in the marketplace and wait until five o’clock (1) meant they needed jobs badly. In Palestine at that time, the marketplace was a place where un-employees looked for jobs, like the 7-Eleven store or some convenient store in the USA where un-employees have been gathering to look for jobs in the last twenty years of the twentieth century and also in about the first twenty years of the twenty first century.

If we think we are better, morally than others are, and they are better than we are, socially and financially, we might become jealous of them and resentful of God. We want to put limit to God’s generosity. That is what the owner of the vineyard questions: Are you envious because I am generous? (Mt 20:15). The early arrivals must have rejoiced with the latest arrivals because they needed money to help themselves instead of complaining.

When we emphasize the importance of material values and we see others are better off in material possessions, jobs and housing, we will become jealous. Jealousy will make us unhappy. When we consider material values not important, then we are not concerned, if others are better off. So today each one of us needs to remind us that everything we have comes from God. We need to learn to live in a spirit of gratitude.

A prayer for being satisfied with what we have:

O Lord, our God! You are God of justice and generosity.

We thank you for your justice and generosity

toward your people according to their needs.

Grant me a humble heart

so that I may be pleased to receive your blessings.

Also grant me a generous heart

so that I may understand what you give to others

instead of being jealous of them and complaining against you.

And grant that those who come later

may be invited to work in your vineyard also. Amen.

1. A Vietnamese version reads as the eleventh hour according to the Jewish reckoning time at that time.