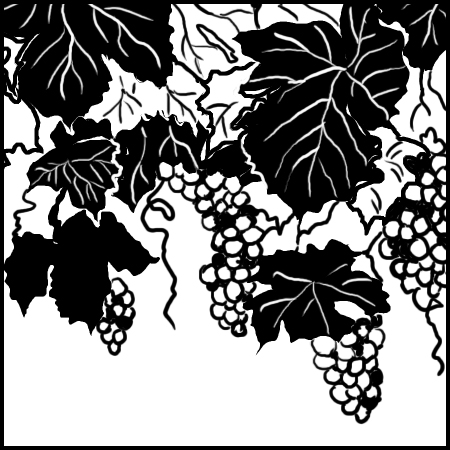 In the Old Testament, God sent his prophets to speak to his chosen people. God's people were frequently likened to a vineyard of God’s kingdom (Ps 5:7). At the time of Jesus, those wealthy people often invested their money in vineyards. They did not have to cultivate their vineyard. They could hire tenants to do it for them. According to the Jewish law at that time, if the owner of the vineyard died without children, then the vineyard was given to anyone who first claimed it.

In today's Gospel, Jesus uses the image of a vineyard to teach us a lesson of morality. According to this parable, the landowner was referred to God; the vineyard referred to Israel; the tenant farmers referred to the religious leaders: mainly the chief priests and elders of the people; the owner's servants referred to the prophets. The owner's son was a clear reference to Jesus.

Each person in the parable has a role to play with a special meaning. The tenant farmers seized the servants, beating one, killing another and stoning a third. They hatched a plot to take possession of the vineyard. They spoke to one another: This is the heir. Come, let us kill him and acquire his inheritance (Mt 21:38). Then they put him to death. They understood they were tenant farmers in the vineyard. Thus, when Jesus asked the chief priests and elders of the people what the landowner would do to the wicked tenants. They reluctantly answered: He will put those wretched men to a wretched death and lease his vineyard to other tenants who will give him the produce at the proper time (Mt 21:41). Their answer boomeranged on them when Jesus said the vineyard would be taken away from them and given to others.

When the prophet had to criticize the people for their insincerity, idol worship, immorality or unfaithfulness to the way of God he was not welcomed by the people because the message he brought was a message of warning and condemnation. The chief priests and elders of the people were religious, political and civil leaders of the people. Instead of guiding the people to follow God’s way, they led them astray. They abused, mistreated or killed the prophets. Last of all God sent his only Son with expectation that the tenants would respect him. On the contrary, they sentenced him to death also. Their preconceptions and wrong expectations about him prevented them from recognizing and accepting him.

Whether the vineyard we cultivate can produce fruits, it all depends on us. The owner of the vineyard from the book of the Prophet Isaiah had to have his vineyard spaded, cleared it of stones, and planted the choicest vines, within it he built a watchtower (Is 5:2).

What should we do in order to cultivate God’s vineyard? As for the vineyard of our soul, has it been nourished or has it been starved without food? Today we need to listen to Jesus’ warning: The kingdom of God will be taken away from you and given to a people that will produce its fruits (Mt 21:43). That is the meaning of the word of prediction of Isaiah that the vineyard of the house of Israel (Is 5:7a) will be made a ruin (Is 5:6). The vineyard of God is given to the Church of God instituted on the cornerstone of Jesus (Mt 21:42). As tenant farmers of God’s vineyard, what must we do and how must we do for the vineyard to bear fruits?

A prayer for being a faithful tenant farmer in God’s vineyard:

O Lord, our God! You are the owner of the vast vineyard.

Your vineyard is the widespread universal Church

with different areas of land.

We are called to cultivate different plots of the vineyard

each doing different jobs such as weeding out,

in a spirit of encouragement and cooperation.

Teach me how to cultivate your vineyard

so that it may bear fruits. Amen.