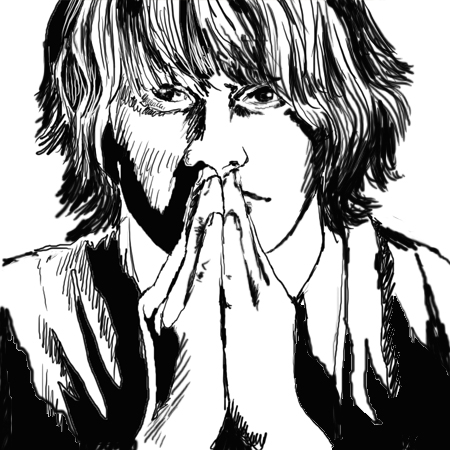 There are other certain cases in which, people were healed and medical doctors could not explain why, but only supposed that healing took place without the help of medicine and technology.

At Lourdes, there is a team of international doctors including non-Catholics who examined, studied and concluded that some patients were healed unusually without human intervention and medicine. Today’s gospel records two signs of God’s power done for those who showed strong faith.

That was a woman afflicted with hemorrhages for 12 years. She spent a lot of money for doctors and medicine and she still suffered from the disease. That was why she wished to see Jesus to ask for a favor of healing. Unfortunately, the Jewish custom of that time did not permit men to converse with women in public. Also according to the custom, women were not allowed to touch men in public, similar to the Confucian custom: give and take custom without touch that exerted influence on Vietnam.

According to the law of Leviticus, when a woman in her menstruation touches somebody or somebody touches a woman in her period, that somebody shall become unclean (Lv 15:19-28). At that time, there was no hygiene tampon made for women in their menstrual period. Thus, the hemorrhages of 12 years would cause inconvenience and hygiene difficulty for the woman. Therefore, her wish to be healed must have increased because her neighbors might have sensed the smell of her hemorrhage.

Thus, what did she have to do to face Jesus? In order to avoid breaking the law, she only dared to touch Jesus’ cloak. She believed she only needed to touch his clothes and she would be healed. If the Pharisees accused her of touching Jesus, she could argue or could ask her lawyer to argue against it that she did not touch Jesus, but only his cloak. However, Jesus was aware that power of healing had come from his body. He cared about her that he did not pay attention to public opinion, when he asked her: Who has touched my clothes (Mk 5:31). Jesus demanded her to face the reality of what she did. After she had told him the whole truth, Jesus healed her from the hemorrhage and granted her peace (Mk 5:34).

Faith also brought another miracle when Jesus raised a little girl, already dead, to life. One of the synagogue officials expressed his faith in Jesus’ power. The official did not pay attention to what other synagogue officials thought of him when he asked Jesus a favor. He simply asked Jesus to lay his hands on her daughter so that she might live. His faith urged Jesus to perform a miracle, restoring his daughter to life: Little girl, I say to you, arise (Mk 5:41).

Miracles still occur in our everyday life in our world. We need the eye of faith to be aware of them. Every day we have opportunity to express our faith in God’s power, asking him to save us. Thus, what we need is to pray. The Charismatic movement in the Church of today has helped stir up some desire to pray, not just to pray for healing, but to pray also for atonement, thanksgiving and glorification to God. Our prayer must go with faith because if we pray without faith, our prayer might not get a response from God. That is why when the Pharisees asked Jesus to show some sign, Jesus refused to do it because they did not show any faith (Mk 6:5) They just wanted to test him (Mk 8:11-12). On the contrary, we can see the faith of the woman with hemorrhage and of the synagogue official was simple, perseverant, humble and sincere. The Gospel tells us: He fell at his feet and pleaded earnestly with him (Mk 5:22); and she fell down before Jesus and told him the whole truth (Mk 5:33).

As human beings, we feel it is difficult to refuse anyone who pleads with us for mercy so earnestly and humbly like that. Sometimes we might have behaved like the Pharisees, that is, we just sat around and wanted God to take the initiative to do something for us, before we could put our faith in him. However, God’s way is different. He wants us to show our faith first. God knows our needs. If we close our hearts, there is nothing God can do about, because he gives us free will and he respects our freedom. To say so does not mean that when we are sick or suffer physically, we do not need to go to the doctor or take medicine.

For practical application, when we are seriously sick, we need to go to the doctor or the hospital. At the same time, we need to pray for healing. God’s regular way of healing is to use human instruments such as doctors, psychiatrists and nurses with medicine to heal. God also heals people directly without human intervention. That is called a miracle. Some Christian denominations do not advocate the use of medicine. They think to go to the doctor or to take medicine is to reduce their belief in God’s power.

Both ways of going to the doctor or taking medication and praying for healing are to complement each other as to facilitate the healing process. Yet there are other cases in which people went to the doctor, took medication and prayed with strong faith and yet healing did not take place. So how can we explain that? The answer is when Jesus was still on earth, he did heal some people from sickness and disease, because his main purpose for coming down from heaven was to heal us from spiritual problems.

Thus, to be healed from physical sickness is a favor and a joy and we need to be grateful to God. However, we need to realize that we must go through the process of existence on earth: birth, growth, disease and death. Before Jesus came down from heaven, the author of the Book of Wisdom had realized due to the sin of jealousy of the devil, that death had entered the world (Wis 1:24). Thus, the main purpose for Jesus to come down from heaven is to restore eternal life to our soul.

A prayer for deliverance from physical suffering and death:

You healed the woman from hemorrhage

and raised the little girl to life

since they expressed their firm faith in you.

We ask you to heal us who pray to you

with all our sincere, humble and repentant hearts

so that we may feel free to worship you

with freedom, joy and peace. Amen.