25 Sun. Ord. B: Whishing to be first must serve in humility

In the Old Testament, a number of prophecies about a messiah spoke of a worldwide kingdom. According to the prophecies, a certain time would come when all nations would submit to the offspring of David, and spiritual Jerusalem would draw all people together. 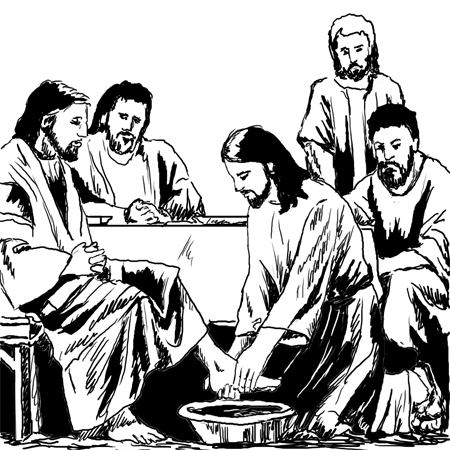 However, the prophets were speaking of a spiritual kingdom, which the messiah would come to establish. In today’s Gospel, Jesus foretold he would suffer, die and rise in three days, the apostles still failed to understand the meaning of his preaching. They still hoped that their master would establish an earthly kingdom.

Therefore, on the road, they argued about who would be the greatest in his kingdom. To eliminate that wrong notion about the messiah, Jesus immediately deflated their pride by teaching them a lesson of humility and service: If anyone wishes to be first, he shall be the last of all and the servant of all (Mk 9:35). According to Jesus’ teaching, pride is vanity, which a disciple of Jesus must try to avoid in order to practice the virtue of humility.

Here are two historical consequences of pride found in scripture. The fallen angels were banished into the nether world for their refusal to serve their Lord and creator. Adam and Eve were expelled from the Garden of Eden, because they thought they would be equal to God by eating the fruit of the forbidden tree.

The root of evil is jealousy and pride. The book of wisdom pointed out reasons which the wicked intended to beset, revile, torture and condemn the just (Wis 2: 2-20). That was what Saint James observed in his letter: Where jealousy and selfish ambition exist, there is disorder and every foul practice (Jas 3:16). In today’s Gospel, Jesus put a child in their midst to teach them a lesson of humility.

With observation, we can tell the qualities of children that are trust, dependency, simplicity and sincerity. Children have no ambition and no pretense. To welcome a child means to welcome those who are like children: the humble, the lowly, the poor, the sick, the powerless, the downtrodden, and the vulnerable. A humble person by comparison, possesses many qualities of children.

God saw and recognized her humility by choosing her to be the mother of his Son. True humility is to be true to self and recognize the truth about self: good points and bad. Somebody put it this way. True humility is the ability to accept the truth even when it hurts. To accept the truth about self, Mary raised her voice to glorify God for the great things he had done in her life in the Magnificat. He has come to turn our human values upside down. According to Jesus’ teaching, one can never be satisfied in seeking positions of status, just for the sake of positions. To say so does not mean that Jesus is trying to tell them not to take high positions in society or in church.

In our society or in the church there must be some people to hold high positions as to run society and church organizations. What Jesus is trying to tell the apostles is if they want to be great, they must serve. He has shown us that true greatness is not a matter of power and fame. True greatness is to be found only in the service of others. That is the great paradox of Christianity.

To remind self and others of Jesus’ teaching of humble service, the pope often adds this motto in Latin Servus servorum, which means servant of all servants, when he signs a church document.

O Lord Jesus, Son of God and son of man.

You have come into our world

to show us the lesson of humility.

Forgive me for the times

I was too proud and conceited.

Teach me to be aware of your presence

in my brothers and sisters:

especially the suffering in body, soul and spirit

so that I may serve in humility. Amen.