6 Sun / Easter, C: Peace, which Jesus promises to give, the world cannot. 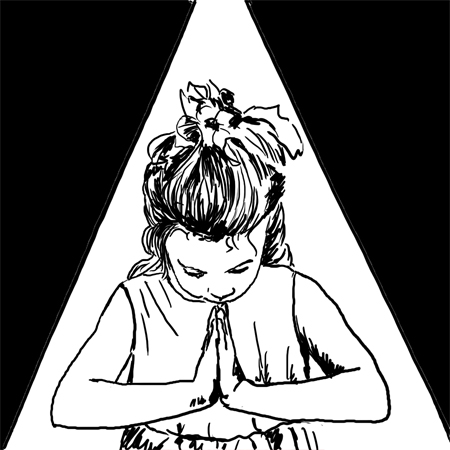 When Jesus was born at Bethlehem, the angels sang: Glory to God in the highest, and peace to his people on earth (Lk 2:14). When he sent his disciples off two by two, he told them to greet people with peace (Lk 10:5). Jesus farewell message to the apostles at the last supper as we learn from the Gospel today is peace (Jn 14:27). When he rose from the dead, the first greeting he said to his apostles is peace (Lk 24:36; Ga 20:19, 21, 26). Sometimes we wonder why Jesus has come to bring peace, and we still suffer from war and violence.

According to one estimate, during 5,560 years of the recorded history of the world until the fall of Communism in Europe, over 14,000 wars have broken out between nations, factions and tribes, when disputes could not be solved by peaceful means. Years of relative peace counted merely 292 years [1]. After World War I, the leaders of nations established the League of Nations and after World War II, the United Nations.

In the 20th century, various popes such as Benedict XV, Pius XI, Pius XII, John XXIII, Paul VI have written 14 encyclical letters to promote peace. In our days, the war of ideology between communism and non- communism was considered to be over. When people are hungry, then there is no longer ideology. Not long after the collapse of the Union of Soviet Socialist Republics, a certain pastor predicted at the pulpit of Holy Martyrs of Vietnam Church in Arlington, Virginia that dispute(s) on territories, races, religions and economy would recur. Former communist countries would compete with one another for economic development with the help of capitalist countries. Nations would fight one another for economic development if one country would block the economy of the other, or exploit the market economy of another country.

Peace is something which most people strive for, yet difficult to get it. Peace, according to the human interpretation, means the absence of war and no longer gunfire heard. However, the cause of war is not weapons. The cause of war is from within. It is from man’s greed, selfishness, pride, jealousy, anger, hatred and revenge and so on. Therefore, gun is only the means people use to fight one another. In ancient times when there was no gun, people used stones to throw at one another, and arrows to shoot one another. If there were nothing else for use to fight, people would use their fist to punch and feet to kick, their tongues to insult one another.

Peace, on the national and international levels, according to Webster’s dictionary, is a period of truce between nations or factions. However, what does it mean to each individual. Also according to Webster’s, peace is a tranquility of mind, free from oppressing thoughts or emotions and harmonious in interpersonal relations.

The Hebrews in the Old Testament considered peace as a gift of Yahweh. Peace in Hebrew is shalom, which people used to greet one another in everyday life. These days, if you travel to Israel, calling on the phone, you still hear a person from the other side of the line respond: shàlôm, meaning wishing you everything lucky. Peace implies righteousness (Is 60:17) and obedience to God’s commandments (Is 48:18).

In today’s Gospel, Jesus promised his apostles: Peace is my farewell to you; my peace is my gift to you. I do not give it to you as the world gives peace. Do not let your hearts be troubled or afraid (Jn 15:27). The Acts of the Apostles today tell us the gentile converts to Christianity at Antioch were upset and disturbed (Acts 15:24) when some Jew converts had come from Judea telling them to be circumcised for salvation according to the Mosaic law (Acts 15:1). Therefore, the apostles and elders decided to send Paul and Barnabas to assure them that they needed not to be circumcised to become Christians (Acts 15:28).

Peace, which Jesus promised to give is different from that of the world. Peace understood in the human sense is imposed by force. Peace understood in the biblical sense is God’s gift granted in freedom. That is the grace of deliverance and salvation. Thus, peace in the biblical sense has eschatological overtones, being directed toward the next life.

Jesus in the gospel promised to give peace to the apostles and through them to us even when we are still in this life. The early Christians greeted one another with peace. Saint Paul also sent his letter to the Christian communities with his greeting of peace and grace of God [2]. The Church uses the words of Saint Paul for the priest celebrant to greet the congregation: The peace of the Lord be with you.

Peace in the evangelical spirit must take root and grow in the hearts of men and women. To have a peace of mind is something that we can learn to keep. When we said or did something that disturbed our peace of mind and if we hold the value of peace dear to heart, then we would find ways to restore it. We would find ways to avoid saying or doing those things in the future as to maintain peace and the fruits of that peace. Peace is the gift from Jesus to the apostles and through the apostles to the Christians. However, peace is not a one-way action from above. Having received the peace of mind, we have to do something to maintain it by our lives of righteousness and obedience to God’s commandments. Peace is the message, which the Church preaches. Peace should be the message, which a true disciple of Christ should strive to achieve, maintain and advocate.

Prayer of peace by Saint Francis of Assisi:

Lord, make me an instrument of peace.

Where there is hatred, let me sow love;

where there is injury, pardon;

where there is doubt, faith;

where there is despair, hope;

where there is darkness, light;

and where there is sadness, joy.

Oh, Divine Master, grant that I may not so much

seek to be consoled as to console;

to be understood as to understand;

to be loved as to love;

for it is in giving that we receive;

it is in pardoning that we are pardoned;

and it is in dying that we are born to eternal life. Amen.

[1]. According to Richard Armstrong, M.M., Director of The Christophers, one estimate indicates so in the eighties of the 20th century just before the time of the collapse of the Union of Soviet Socialist Republics. Christopher News Notes of The Christophers is published under the title: Peace, War and the Christian Conscience by Joseph J. Fahey, New York, N.Y.