Easter, C: Resurrection of Christ is the basis of Christian faith 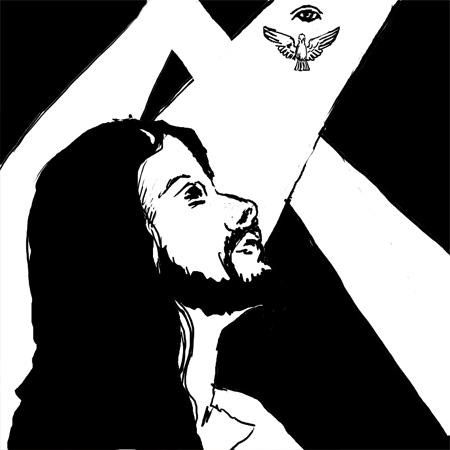 In the early fifties of 1950, in order to slander Catholicism, the Vietnamese communists promoted a whispering campaign against the Vietnamese Catholic Church, saying the Catholics worship a dead god on the cross. What they said is only half-truth. The other half they did not say is the God made man had risen.

At first, the disciples did not believe in Jesus’ resurrection as Saint John’s Gospel of today tells us: For they did not yet understand the scripture that he had to rise from the dead (Jn 20:9). When Jesus appeared to the Apostles, they thought it was a ghost (Jn 24:37). Then they saw him, ate and drank with him after he rose from the dead (Acts 10:41). In a court of law, one witness is not valid as it says in Latin: testis unus, testis nullus, meaning one witness is no witness.

The Christian faith is rooted in Jesus’ resurrection. According to Saint Paul: If Christ has not been raised, our preaching is void of content and your faith is empty too (lCor 15:14). To echo St Paul, we can say further: If Christ has not risen from the dead, then to pray, to attend mass and to keep God’s commandments would be in vain. Someone else said: If Christ had not risen, then Christianity would have vanish like smoke on Good Friday and the Apostles would have returned to their fishing and tax collecting careers, and Jesus would have been forgotten in a short period of time.

Christ’s resurrection has transformed the lives of millions and millions of people who have put faith in him. His resurrection is to strengthen their faith and sustain their hope. Hope should bring joy and reason to live their lives when they face difficulties and problems of life such as sickness, disease, worry, anxiety, loneliness and fear.

In a few moments, we are going to renew our baptismal promises. Most of us were baptized when we were tiny infants. Our parents and godparents supplied what was lacking in us. They made the profession of faith for us. They made promises to reject sin and Satan and its empty promises on our behalf. Today each one of us must profess our faith in the risen Lord, not in a mechanical way and in a routine fashion. We cannot depend on the faith of our parents and godparents forever. We have to learn to stand on our own feet as far as faith is concerned. We must ratify the faith we received at baptism, if we expect to be mature Christians.

One of the baptismal promises we are going to make is to renew our belief ‘in Jesus Christ, his only Son, our Lord, who was born of the Virgin Mary, was crucified, died and was buried and rose from the dead and is now seated at the right hand of the Father’ (Renewal of Baptismal Promises). This faith in Jesus Christ is also, what we proclaim in the profession of faith Sunday after Sunday after Sunday. Therefore, if our renewal of faith at baptism is not to be an empty promise, then we have to take it seriously, and to live and practice what we promise.

Prayer for rising in grace with the risen Lord:

By your resurrection, you destroyed sin

In Lent, we have died to sin and vices.

May we rise now in grace with you? Amen.