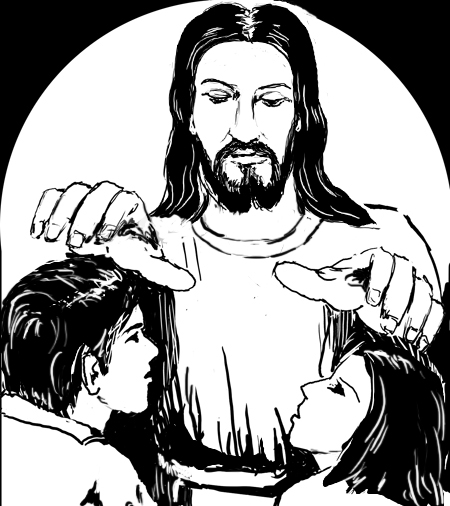 1 Sunday of Advent, Year A

Scripture of the Old Testament is the story of waiting. Advent is also a season of waiting, reminding us of the time, the people of the Old Testament waited for the messiah to come in the human history. Today the Church wants to write in our minds and hearts the image of Christ who is the center of the universe: the Alpha and the Omega, the first and the last, the beginning and the end of all things.

In the days of Noah, the great flood occurred suddenly, terrifying people. The mistake of the people of the time of Noah as today’s gospel tells us was that they were too occupied.

While people were busy eating and drinking, and busy with daily things, Noah prepared to build the ark to face the flood (Mt 24:38). He was the only one who listened to the warning word of God. He was the only one who was vigilant and waiting. Until the day Noah and his family were ready to enter the ark, the people were still not aware of the coming of the flood. Then the water rose up suddenly and swept them away. At the time just before the birth of Christ, people acted similarly. They were too busy to pay attention to hear the word of God. They had wrong ideas about the messiah that they did not pay attention to predictions about his coming.

Today Jesus used two parables to give us a warning: two men working in the field and two women grinding at the mill (Mt 24:40-41). In the eyes of men, the two men do the same work; the two women also do the same thing. However, in the eyes of God, they are different in their intention of doing things and the way of doing them. One of the men and one of the women know how to be watchful and vigilant and they will be accepted into the kingdom of God, and the other two will be left behind. The second parable Jesus used to warn them was the head of the household must be vigilant and watchful for the thief.

In order to enter the ark of Noah and to be accepted into the kingdom of God as one of the men and one of the women, Jesus told us to be vigilant (Mt 24:42) and to be ready (Mt 24:44). However, in reality, are we in the state of preparedness and readiness? We might try to settle an account with our creditor and our bank and we forget to settle an account with God. We might be busy doing things of this world without paying attention to spiritual matters. We may consider this world as the end and purpose of life. We might be busy taking care of worldly business, and forgetting to take care of our spiritual life.

As a result, we have no time for God, no time to pray and attend mass, no time to reflect on the state of being human and examine our relationship with God, no time for family members. With days and years, passing by, interests in and concerns about secular business will slow us down spiritually until our faith in God becomes so sluggish, with no energy to rise. Today let us rise to do what Saint Paul tells us: It is the hour now for you to awake from sleep (Rom 13:11). Let us rise to do what the prophet Isaiah tells us: to climb the Lord’s mountain (Is 2:3) and to do what the book of Psalm says: to go up to the house of the Lord (Ps 121:1).

Prayer for spiritual energy to rise:

In order to warn people not to be drowsy,

you refer to disasters to alert them.

Give us energy so that we may rise from drowsiness

as to be awake to welcome you. Amen.